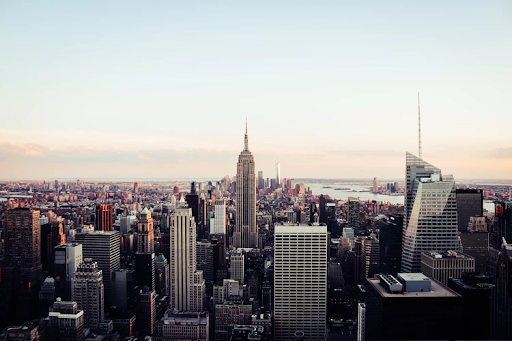 So you’re thinking about travelling to the big apple sometime soon, huh? A place caked in history, flashing lights, celebrities, and a whole host of different things to see and do. If it’s not the most famous city on the planet, then it’s certainly up there with the most famous. Taking a trip to New York City is something that everyone should do at least once in their lives, so if you have any reservations about committing to this vacation, try and quash them immediately – you won’t regret it.

Pretty much everyone knows what New York City has to offer, but when you get there, you may be overawed by the sheer size and stature of the place and get lost in all of the madness! If you are serious about heading to the big apple, then you’re going to want to have a plan or a list of things to do. Let’s talk about what you can do in the NYC.

There’s an array of different hotels that you can stay in when you go to a city like this, and if you’re not planning on heading here all that often, then you’re probably going to want to stay in a fabulous place, right? It may be a little expensive, but when you’re in the city that never sleeps, you’ll want to find yourself the nicest and most comfortable place with the best service.

There are almost too many to count. New York City is jam-packed full of recognizable landmarks and legendary venues. There’s obviously the trip over to Liberty Island to check out the legendary Statue of Liberty – that’s usually the first thing people picture when they think about famous landmarks. There’s also the Empire State Building, Trump Tower, Times Square and hundreds of others to stare at and get photos with!

Broadway shows are some top class entertainment, and if you’re heading out to New York City, then you’re going to want to check out a show – you may even get to see some of your favorite actors. If you have a little look online, you may be able to snatch some discount broadway tickets and get that entertainment for slightly cheaper than you’d think. The Book Of Mormon, The Lion King, Phantom Of The Opera – there’s a show for every type of movie or stage show lover.

Go To A Game

Whether you’re a sports fan or not, the shows that some of the teams and venues put on in the professional game are outstanding. It’s not all about the game itself, but merely the entertainment factor. Everyone can go, so even if you don’t know the rules, it’ll be an experience, and you’ll probably leave with a smile on your face. Basketball, Football, Soccer, Baseball – they all put on a show.

Shop ‘Til You Drop

You’re not going to hit the NYC and not pick up a few little purchases of your own. New York is famous for its department stores, so if you are looking to pick up some amazing bits and pieces, then you might want to set an entire day aside for it.