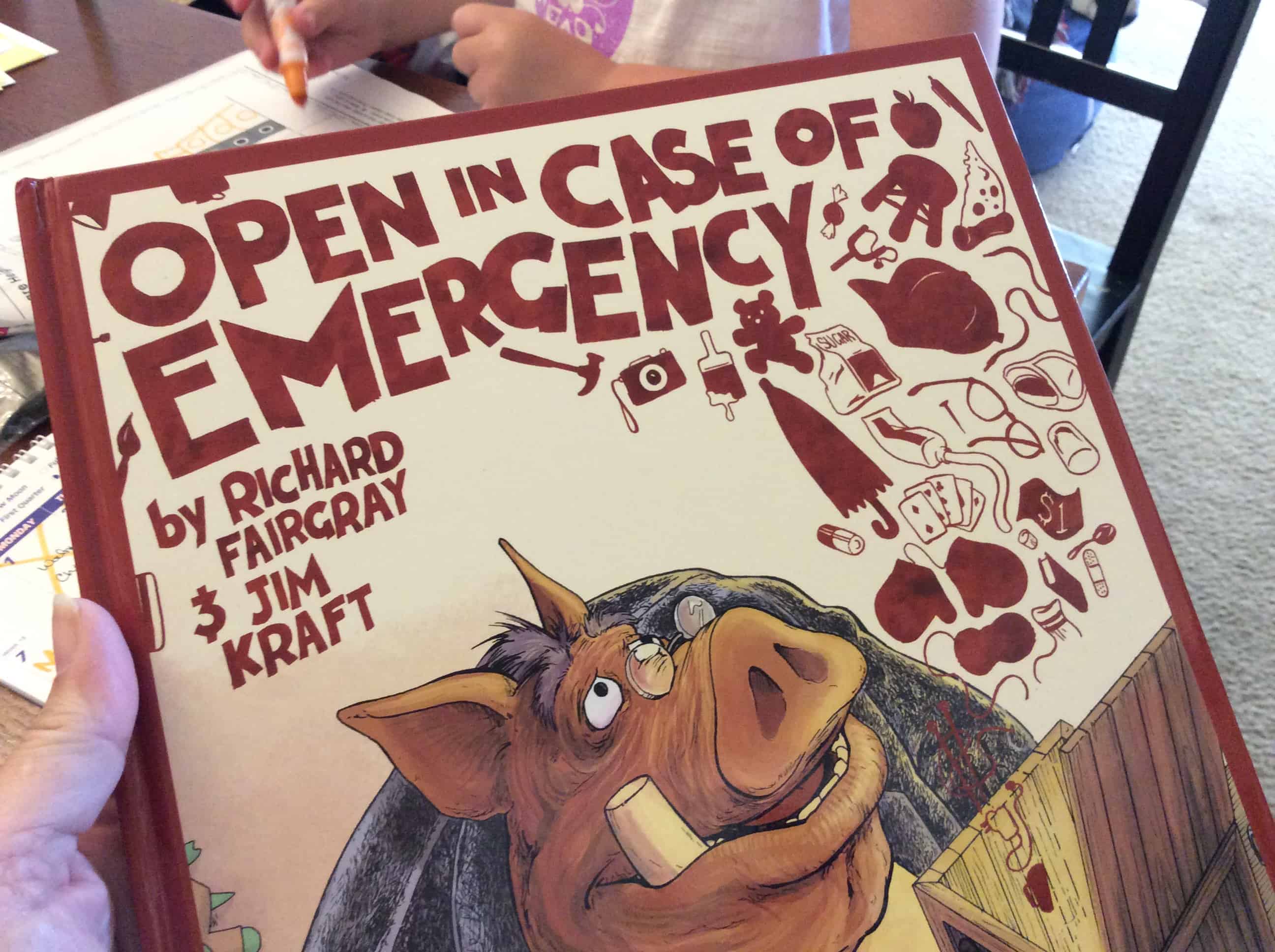 A couple of 5-year-old Alice’s favorite books are written by Richard Fairgray. Be sure to check out  Alice’s reviews of My Grandpa is a Dinosaur or her review of Gorillas in Our Midst and of course  That Not The Monster We Ordered these  books are absolutely so cute and very FUN reads.

Open In Case Of Emergency 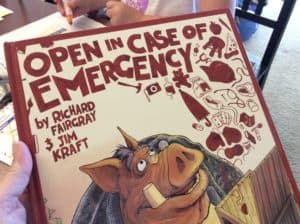 Open In Case Of Emergency  is about 2 neighbors. Zachary J. Warthog and Cyrus P. Rhinosaur. Each neighbor receives a wooden box with a tag reading “Open In Case Of Emergency” Both Zachary and Cyrus put their boxes up on a shelf.
When Zachary is making breakfast and realizes he is out of sugar he decides that’s his first emergency. When Zachary opens the box, there it is a packet of sugar. Broken shoelace? Well, that’s an emergency right? Open the box, sure enough!! Unbreakable shoelaces in his favorite color! The emergency box gets used a LOT! Let me tell you! Alice had a list of ’emergencies’ she would open the box for. 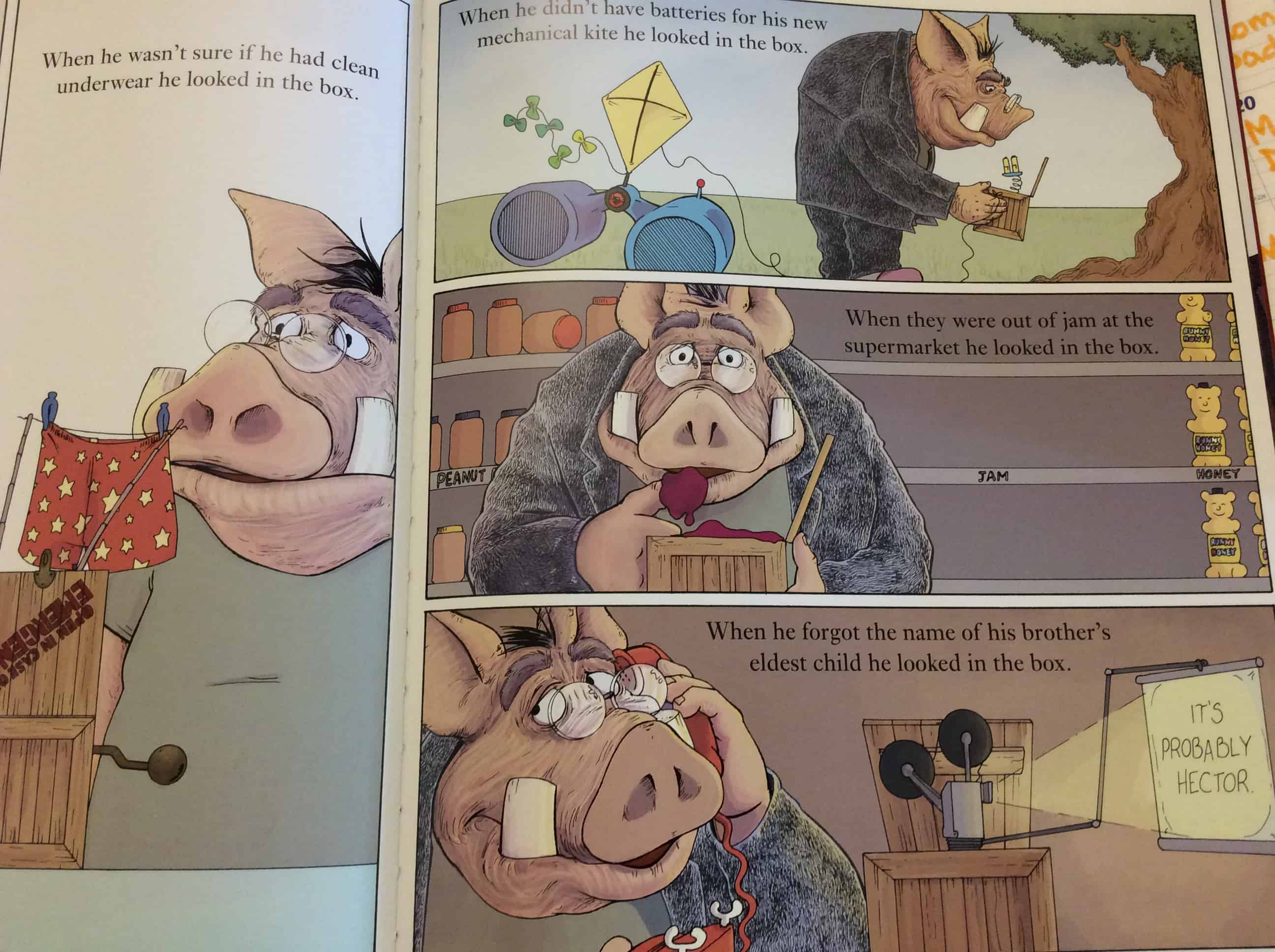 While next door Cyrus P. Rhinosaur has some major things happen like a tornado taking off the roof of his house! But Cyrus decides a missing roof is something he could fix on his own; after all their may be a larger emergency on the horizon so he decides to save the box. 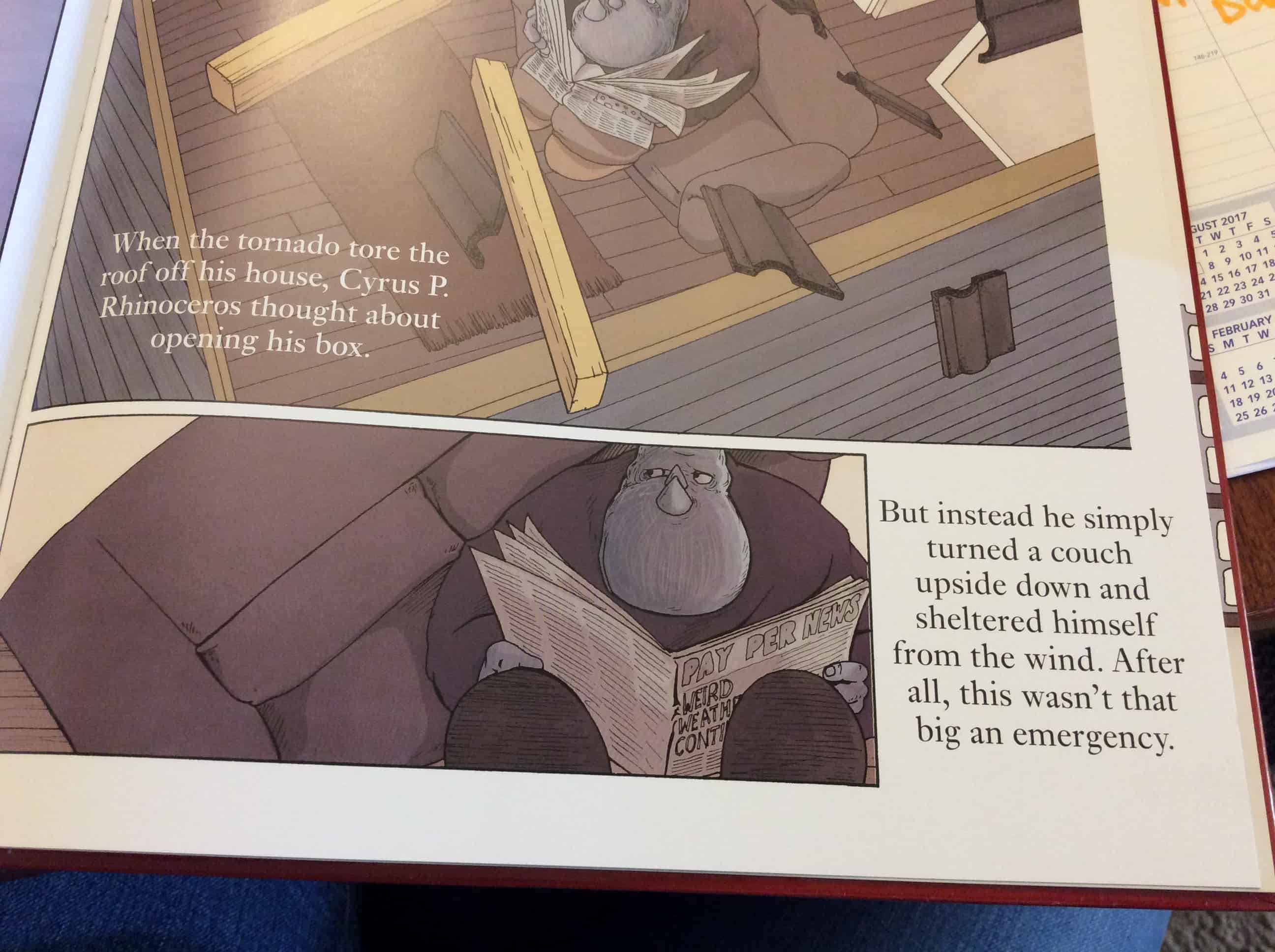 While repairing his house Cyrus hears Zachary say, “It’s an emergency! I’ve lost my box.” Cyrus offers Zachary his box. That’s where we got confused. How did Cyrus know what box Zachary was talking about? Why would Cyrus just give up a box that he has been obviously saving for something REALLY BIG? However, the last page is very confusing to both Alice and I. So much so that I thought perhaps I skipped a page or two pages were stuck together. The final page reads “. . . yet.” Does this mean there is sequel coming our way? Both Alice and I felt that the story ended weird. However, the rest of the book is cute and has a great way to talk about what is and what ISN’T an emergency.

You can find Open In Case Of Emergency on Sky Pony Press, Amazon, Barnes & Noble and other fine bookstores.