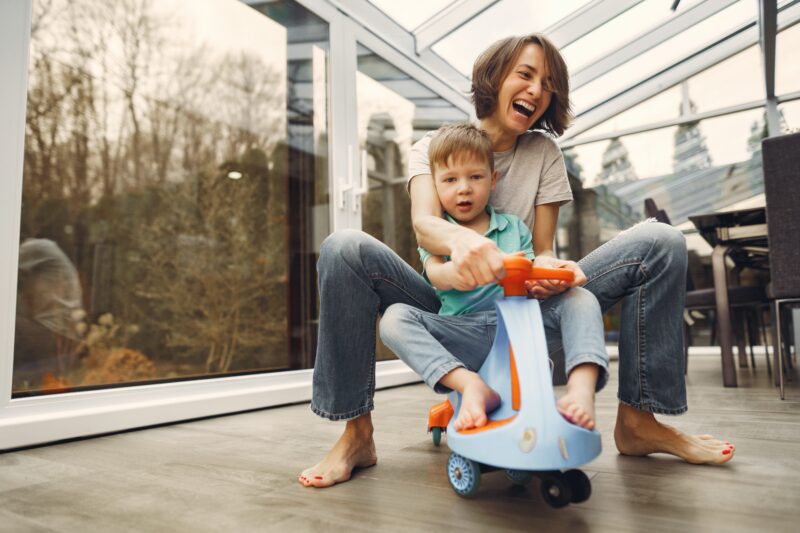 If you’re a mom and are taking any car trips this summer, you might be dreading spending multiple hours in the vehicle with several rambunctious youngsters. Doubtless, you love your kids, but they can probably be a handful too, especially when they’re sitting in the backseat complaining about being bored.

You can always bring along their smartphones if they’re old enough to have them. Some cars also have built-in entertainment systems, so you can put a movie or show on for a while. However, you might want your kids to get away from those screens since they can be such a fixation for children.

There are some fun car games that moms can play with their kids instead. Here are some of our favorites, and maybe they’ll become yours too.

Unless your kids are involved in a car accident, they probably feel the vehicle is a safe environment for them. It can also be a place to test their memories.

This is a smart idea because they should memorize:

This game can train them to do that. It’s for approximately age six and up.

The first person begins by saying, “A is for blank.” They fill in the word starting with the letter A. For young kids, you’ll want to say something like “A is for apple,” that won’t be too difficult to remember.

The next person says what the first one did, and then adds, “B is for blank.” You continue on this way to see how far you can get.

If your kids are a little older, you can keep going further down in the alphabet, perhaps making it all the way to Z. You can also start using more challenging words, building up their vocabulary at the same time.

Your kids probably have some favorite shows by about age five or so. They might like shows such as:

This is a classic car game that has existed for decades. One person starts the conversation, or “phone call,” coming up with a short story and whispering it to the next person. They then whisper it to the following person, and so on.

The last person repeats the story they heard out loud. It will delight your kids to hear all the changes that happened to the story as it moved around the vehicle.

Another option is to start a sentence with one person whispering a single word, and then moving around the car with each person adding the next word. In the end, you see what kind of a nonsensical sentence the group devised.

This is another classic that’s as suitable for a cocktail party as it is for a car ride with your kids. One person comes up with something, and then the others have twenty questions to figure out what it is. They usually start by asking, “animal, vegetable, or mineral?”

The trick is that you have to ask strictly yes or no questions. You might say things like “does it live in North America,” or “does it fly?”

If your youngsters are old enough to know their letters, this game is suitable for them. Each person picks one side of the car and looks out the window. You’re looking for license plates.

The idea is to start with the letter A. Once you spot it on a license plate, you then move on to B. You keep moving through the alphabet from A to Z.

The first person who sees every one of the letters wins. You might bring along some fun little prizes to pass out.

If car games are boring your kids after a while, you can also have some stops planned out along the route if it’s a multiple-hour trip. The owners of some roadside attractions have opened them back up, even in the pandemic.

Just be sure to bring masks for the kids and yourself, and practice social distancing when you get out to stretch those legs and see the sights.

5 thoughts on “5 Car Games for Moms and Kids”